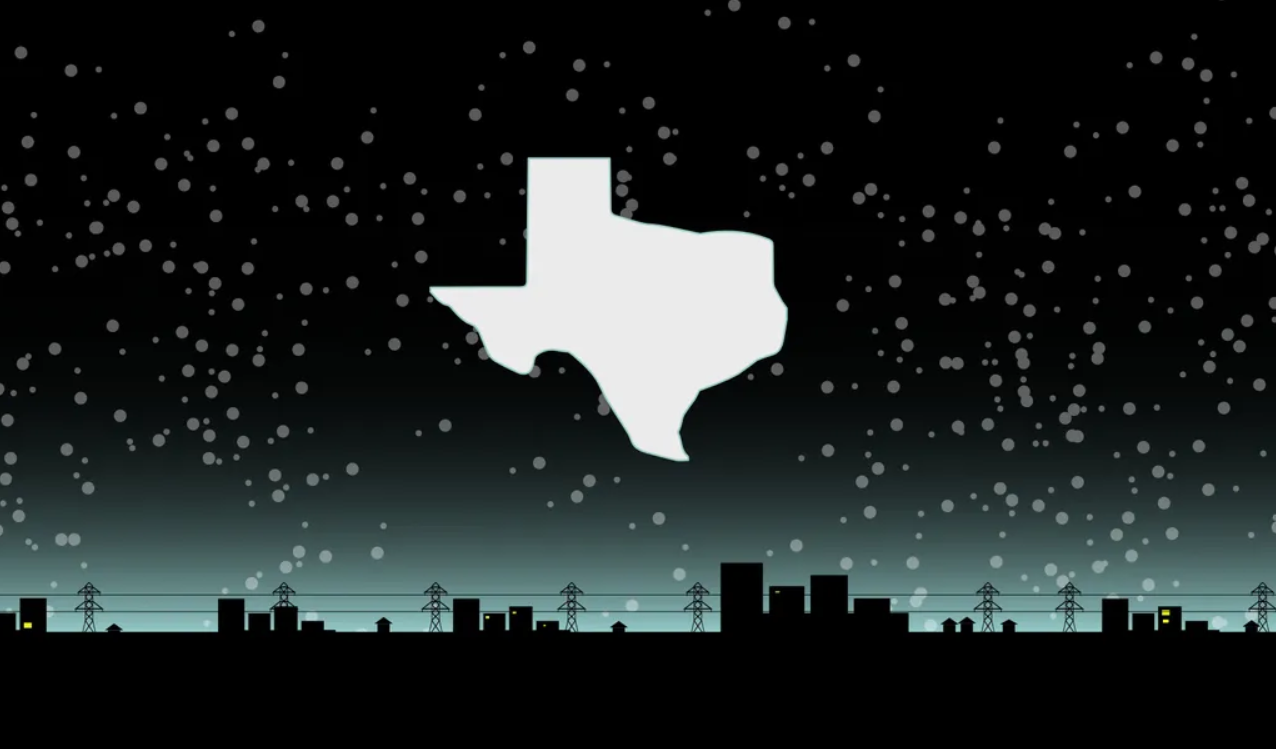 When storms and extreme cold hit Texas in February, the results were disastrous. Most of the state’s stand-alone energy grid stopped working, creating blackout conditions. People went without power and clean water for days or longer, and the images showed the human side of this infrastructure failure. The images and news stories also showed that the impacts were far from shared equally. The storms made energy equity issues real in the eyes of viewers as they saw how communities were affected differently.

What do severe winter storms and power outages have to do with environmental justice? Why is DWEJ talking about power outages in Texas? Good questions. As we have learned, environmental justice doesn’t exist in a vacuum. Injustices don’t just happen. They arise as a result of many interrelated factors creating negative consequences. They also tend to impact certain segments of our population more than others, notable communities of color and low-income individuals and areas. While the power outages in Texas were the result of extreme winter weather and a myriad of other contributing factors, they do share something in common with our work here.

As you may have noticed in recent newsletters and in our social media posts, DWEJ is actively working on energy-related issues. Our “Solar Stories of Detroit” video series, our work with community groups and houses of worship to increase solar capacity, and our Energy Efficiency Assistance Program team all share the same goals: to decrease the energy burden of Detroiters, to decrease the carbon and greenhouse gas footprint of the city, and to reduce health impacts caused by energy-production related air pollution. What happened in Texas a few weeks ago gives us the opportunity to talk about energy issues and their real world impacts, especially on communities that are marginalized, already at risk and subject to a host of other social, economic and environmental inequalities.

What do we mean by “energy burden”? It is the percentage of household income that goes toward energy costs, specifically household utilities. This burden affects low-income people the most, due to factors like housing age, appliance age, and how weatherized (insulated) their homes are. In Detroit, low-income and people of color have a far higher energy burden than their counterparts in other parts of the state. Not only do homes in the city tend to be older and less energy efficient, residents also pay more for their electricity. In January 2021, price data showed Detroiters paid 28.7% more than the national average per kW of electricity.

Energy burdens and inequities are, of course, not unique to Detroit. The storms and freezing temperatures in Texas showed many of the same problems exist for minority and low-income neighborhoods across the state. These communities are also likely to face more obstacles getting help or being able to recover financially from losses due to the outages. Plus, these are the same communities hit hardest by COVID-19. One quote summarized the scene vividly: “The illuminated Texas skylines of downtown buildings and newly filled luxury hotels cast against the darkened silhouettes of freezing neighborhoods…”.

If the hardships created by the sustained power outages weren’t enough, there was an additional, less publicized event that took place in the aftermath. Communities located near petrochemical refineries faced the additional threat from 3.5 million pounds of excess pollutants being released into the air, an amount far greater than normal, allowable levels. The “pollution dump” was the result of refineries burning excess natural gas supplies to avoid damage to their equipment, The released pollutants include benzene, carbon monoxide, nitrogen oxide, hydrogen sulfide, and sulfur dioxide. Not only did it create a noticeable stench, the chemicals released are known to cause coughing and throat irritation, asthma attacks and increased risks of and effects from heart disease. Just as in Detroit, residents living near such facilities face poor air quality, increased risk of several chronic health conditions, increased medical costs, and increased number of days of work lost due to illness. Also like in Detroit, and in cities across the US, events like this disproportionately fall upon Black, Latino and low-income households. These communities are often the first affected and the last to receive help.