Politics and Environmental Justice – Why They Go Hand in Hand 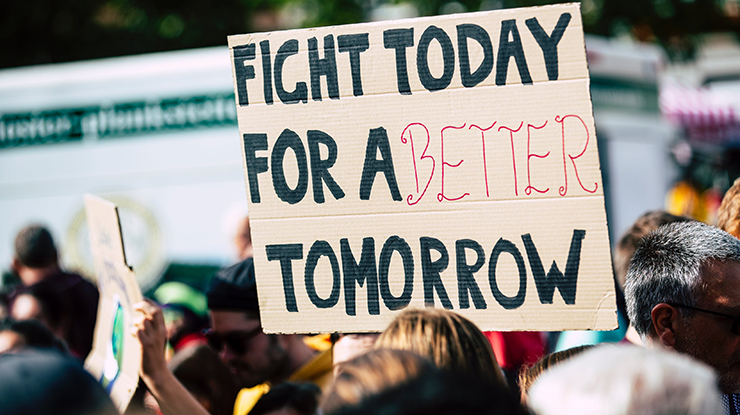 DWEJ has often been on the receiving end of comments about our entry into the policy and political arena. People ask why we don’t just stick to grassroots advocacy and help people that way. We never stopped doing grassroots work and advocacy and have committed to getting more of it in our work moving forward, but the grassroots level has limitations. At some point, if meaningful change for all Detroiters is the goal, we have to “get into the game”. Doing so in the past has produced some tremendous results, like helping to get the City of Detroit to establish the Office of Sustainability, closing down the waste incinerator, and helping to create both the Detroit Sustainability Action Agenda and the Detroit Climate Action Plan – which led to the adoption of the city’s first greenhouse gas ordinance. Whenever we can get “a seat at the table”, we can push environmental justice forward and make sure it gets taken seriously in official plans and strategies, rather than being a matter to be dealt with later.

We are talking about this now because of a few important issues facing Detroiters in the near future. First are the 2021 citywide elections. Detroiters will be voting on the offices of Mayor, City Council and many other elected positions that affect day to day life and the future of the city. Second is the redistricting plans to redraw political district maps in a more fair, representative way compared to the partisan gerrymandering that gave us the maps (and the mess) we have today.

We are also talking about it because when communities of color and/or low-income are not actively engaged or represented in the political process, they have little to no voice. Decisions get made about them rather than with or by them. When coupled with a lack of cohesive, focused political power and longtime disenfranchisement, these are the people who are without a seat at the table and no say in what happens to their neighborhoods, the health of their families, and their own futures. Instead of being included in the process from the start, they are often left only with reactive measures after decisions have been made. That is why DWEJ urges people to get involved, to take action, to call their representatives, and to be informed citizens and voters.

We’ll leave you today with this great article about the connection between politics and environmental justice, and why right now is the time to get off the sidelines, speak up and take action. We will continue to do our part. What will you do?