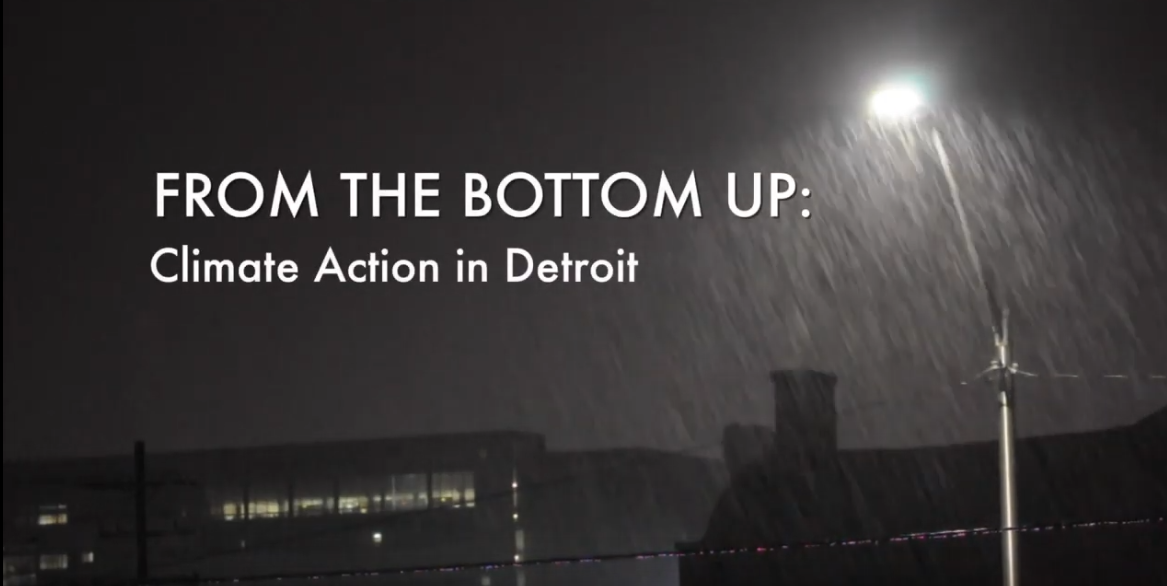 The Detroit Climate Action Plan, published in 2017, was a first for the City. In the fall of 2016, DWEJ commissioned the creation of a documentary film, produced by Detroit screenwriter, film director and producer Diane Cheklich, called “From the Bottom Up: Climate Action in Detroit”. Her film explores and presents the environmental, economic, political, and personal stories that drove us and other organizations to create a climate action plan for Detroit that came from the streets up. In taking this approach, our coalition created a first of its kind, large-scale strategic climate action plan that set change in motion, including the adoption of Detroit’s first ever Greenhouse Gas Ordinance in 2019.
We invite you to check out  “From the Bottom Up: Climate Action in Detroit” and other videos on our YouTube Channel. Don’t forget to click on Subscribe while there so you can stay up to date on our latest content!