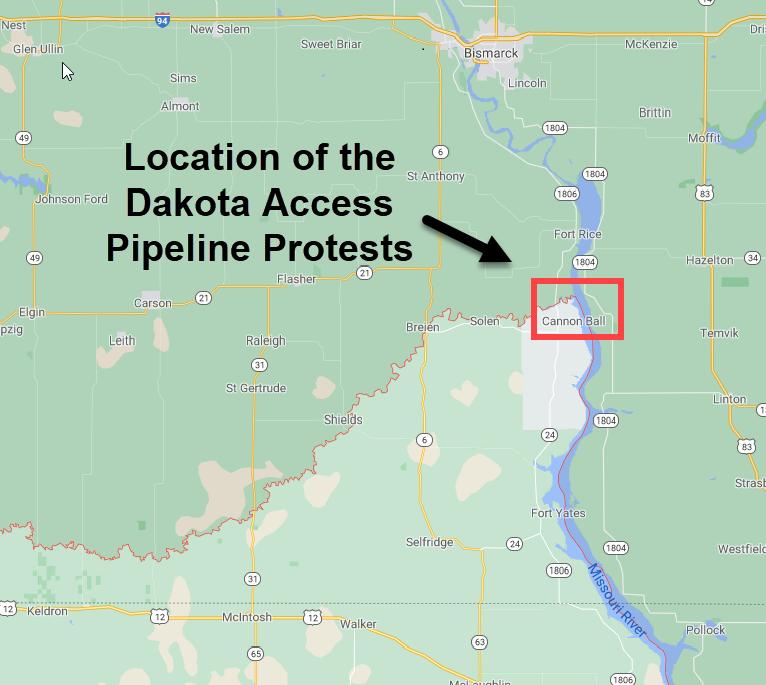 The issue – When several Native American tribes led by the Standing Rock Sioux opposed the construction of the Dakota Access Pipeline (DAPL), in 2016, a national protest movement was galvanized. The long-standing legal battle waged by tribal nations against Dakota Access, LLC and the US Army Corps of Engineers (USACE), has taken a few more turns this summer.

The controversy around the construction of this Pipeline, has centered on the portion of the pipeline that runs underneath Lake Oahe, a large reservoir on the Missouri River in North Dakota and South Dakota. Lake Oahe is a vital water source for the region and is sacred land to several of the tribes whose reservations are nearby.

A little background – In 2017, the Trump Administration undid an Obama Administration decision to halt construction until a full Environmental Impact Statement (EIS) was completed by the USACE. And yet, the Plaintiffs filed their suit, claiming the issued permits were done without the required EIS. In June 2017, the DC District Court found deficiencies in the USACE’s environmental review and ordered them to perform a more thorough review by February 2019. After this review was complete, the Plaintiffs moved for summary judgement, stating that the USACE failed to correct the issues found in the previous court ruling.  On, March 25, 2020 the DC Circuit Court ruled in favor of the plaintiffs and disallowed the easement to build under Lake Oahe and the Missouri River.

Summer 2020 events – On July 6, 2020, the DC District Court issued a shutdown order for the DAPL and denied the easement in question. The court gave the company 30 days to comply with ceasing all oil transportation and drainage of the pipeline. The court recognized the economic impact, but expressly stated the seriousness of the USACE in not preparing an EIS and instead stating that, with limited review, the pipeline operations posed no threat to the Lake of the Missouri River.

On August 5th, the court overturned the previous shutdown order, allowing Dakota Access to resume operations. However, that is not the end of the matter. DAPL does not have an easement for construction and operation at Lake Oahe. On top of the original legal matters regarding the full EIS, the USACE must now decide if they will allow operations to continue without the easement and if the court will accept the decision to do so. A report from the USACE on how it would handle DAPL’s operations status was due on August 31, 2020. From there, the court would schedule more hearings. At the time this blog article was written, no more information has been released.

It’s not over yet. Stay tuned…
Read more about the DAPL from the perspective of the impacted tribes.